Man gets stuck before a series of snow storms, fights to survive, is rescued and lives.

On 1/26/2021, a man was driving to work when his boss called him and instructed him to take the day off because of the incoming storms. He decides to take a short and easy drive up a common dirt road to catch a wonderful view of the Carson Valley. While turning around, his vehicle slid down a 40 degree slope approximately 200 feet before coming to a stop next to a tree and larger rocks.

There are many missing facts to this story due to the conditon of the man. There were multiple rescues in the same area during the same time frame as well. The man attempted to self recovery himself but was not successful. He slept in his vehicle that night. The next day, the valley received a lot of snowfall. The man continued his attempt to self recovery and notified his brother that he needed help.

According to our sources, the brother notified the Sheriff’s department who then pinged the cell phone of the man. The ping trace showed that he was in Lake Tahoe so the Sheriff’s department denied assistance to locate and transport the man. The man was not making sense to his brother and was disoriented. He didn’t have anymore food, was cold and ran out of gas to keep himself warm.

The brother took his truck and drove it as far as he could and then continued on foot. After hiking for 6 hours in the storm, he returned to his truck. The truck wouldn’t start and he found that his vehicle battery was taken. He walked down from the hill to get help from a friend. He later found his vehicle stripped of parts.

The man left his vehicle and started walking but in the wrong direction. He was able to call 911 for a short moment and then was disconnected. At this point, Search and Rescue was dispatched. Search and Rescue took a tracked vehicle up the hill in attempt to locate him but because of the volume of snow, they were not successful.

Washoe County dispatched their RAVEN helicopter and after searching the area, they found the man walking in a canyon. They performed an air rescue without landing. He was immediatly treated for hypothermia and frostbite while being transported to a local hospital. It was explained that he was near death.

Once released from the hospital, he called our hotline requesting assistance in retreiving his vehicle. We dispatched a team and asked for additional help from community volunteers. We had some challenges with the terrain and progress was slow. Ultimately, we recovered the vehicle and got him on pavement. His vehicle suffered no body damage however the transmission was heavily damaged during his attempt to get unstuck.

This is a great lesson learned for many. The man agreed to do an exclusive interview about his experience and what he learned and experienced so others take the appropriate caution. 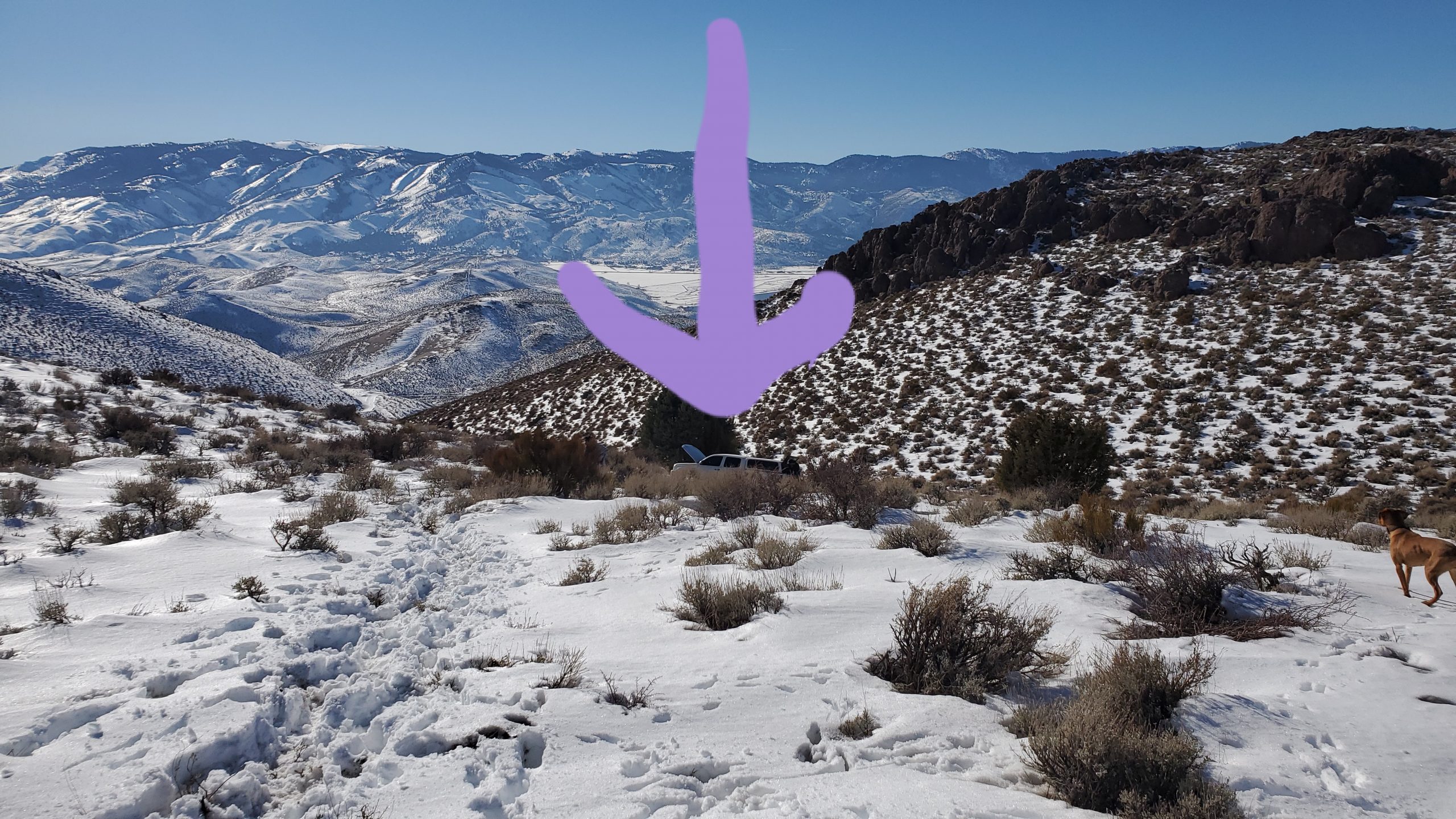 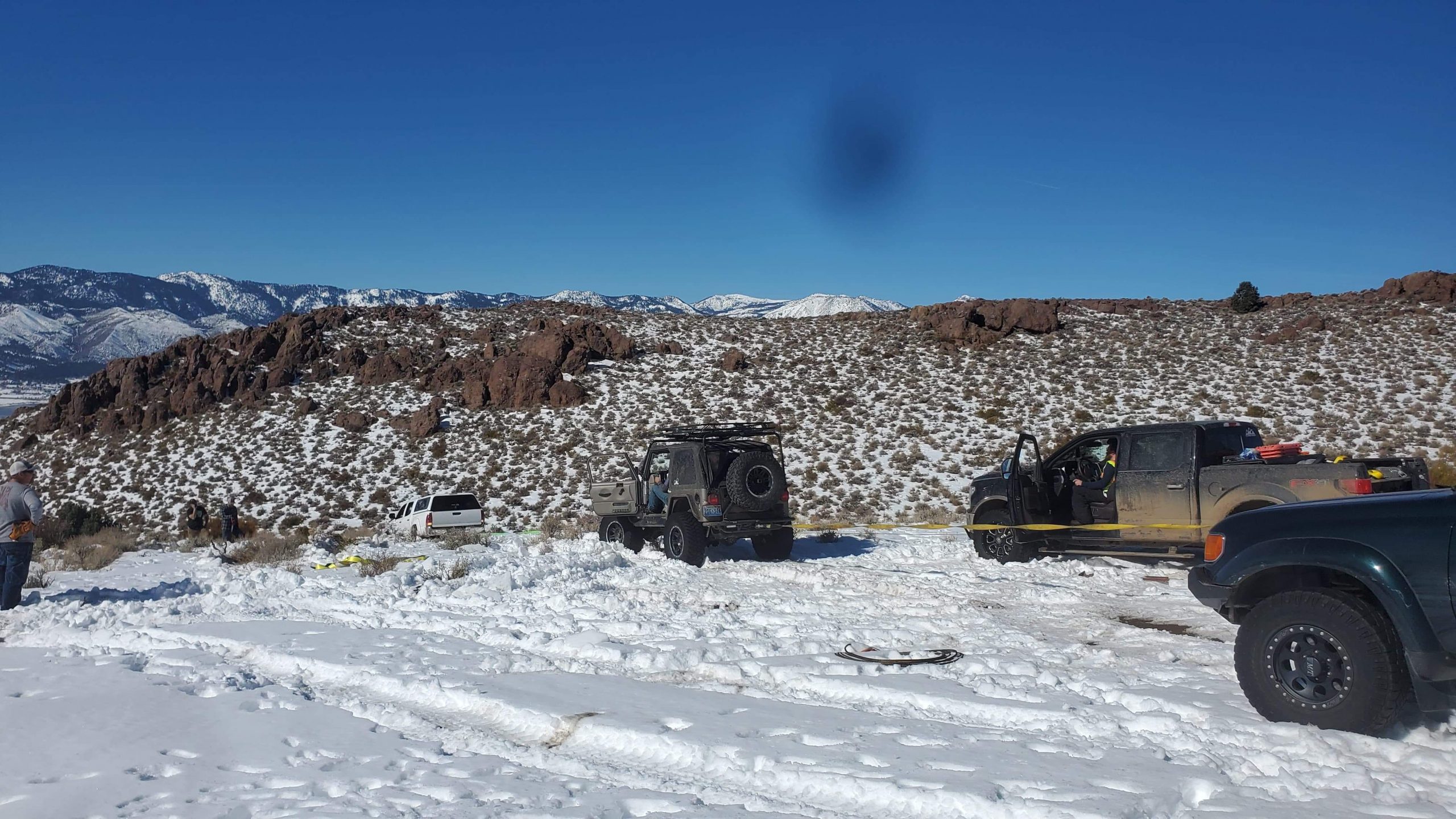 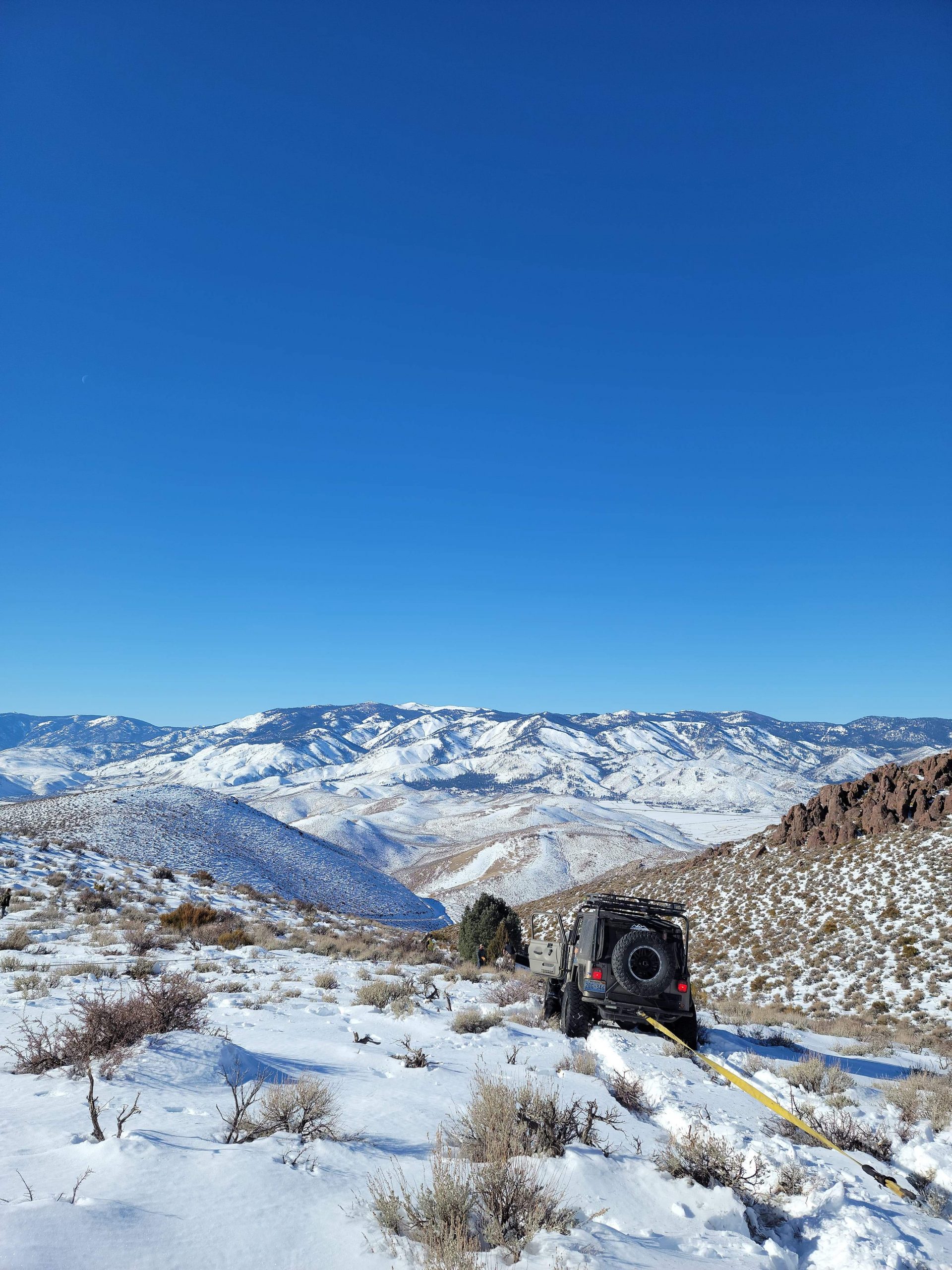 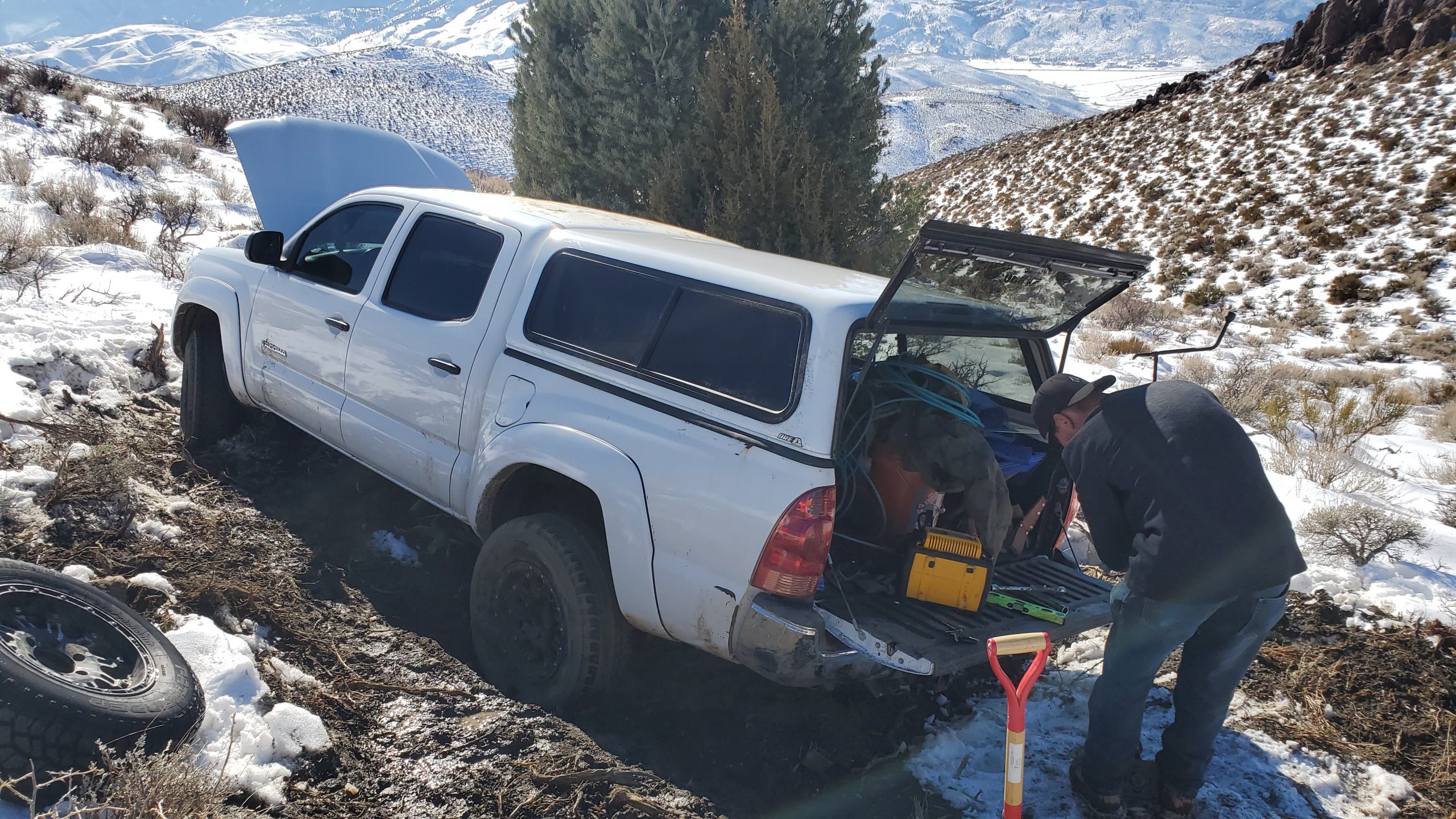 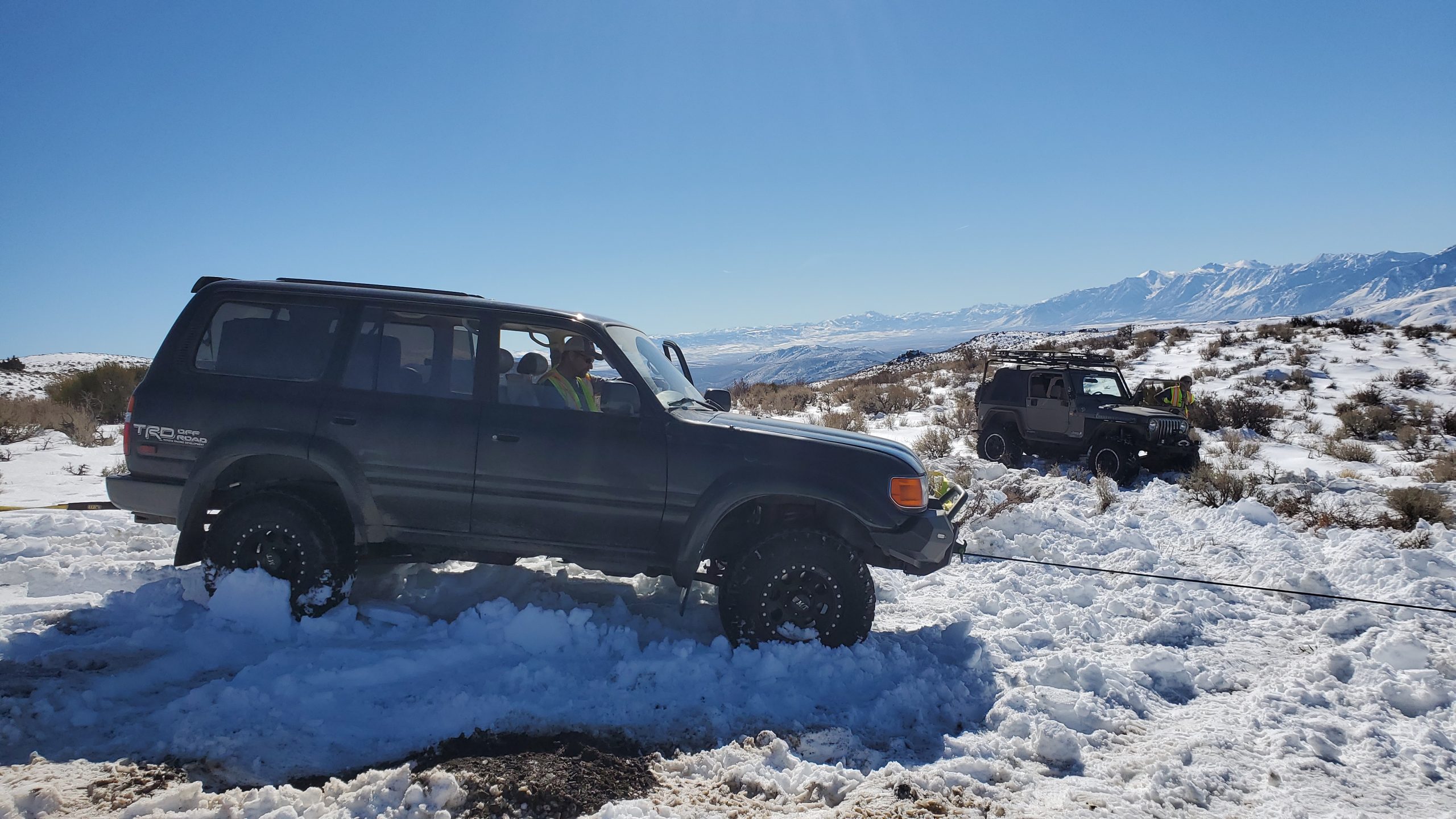 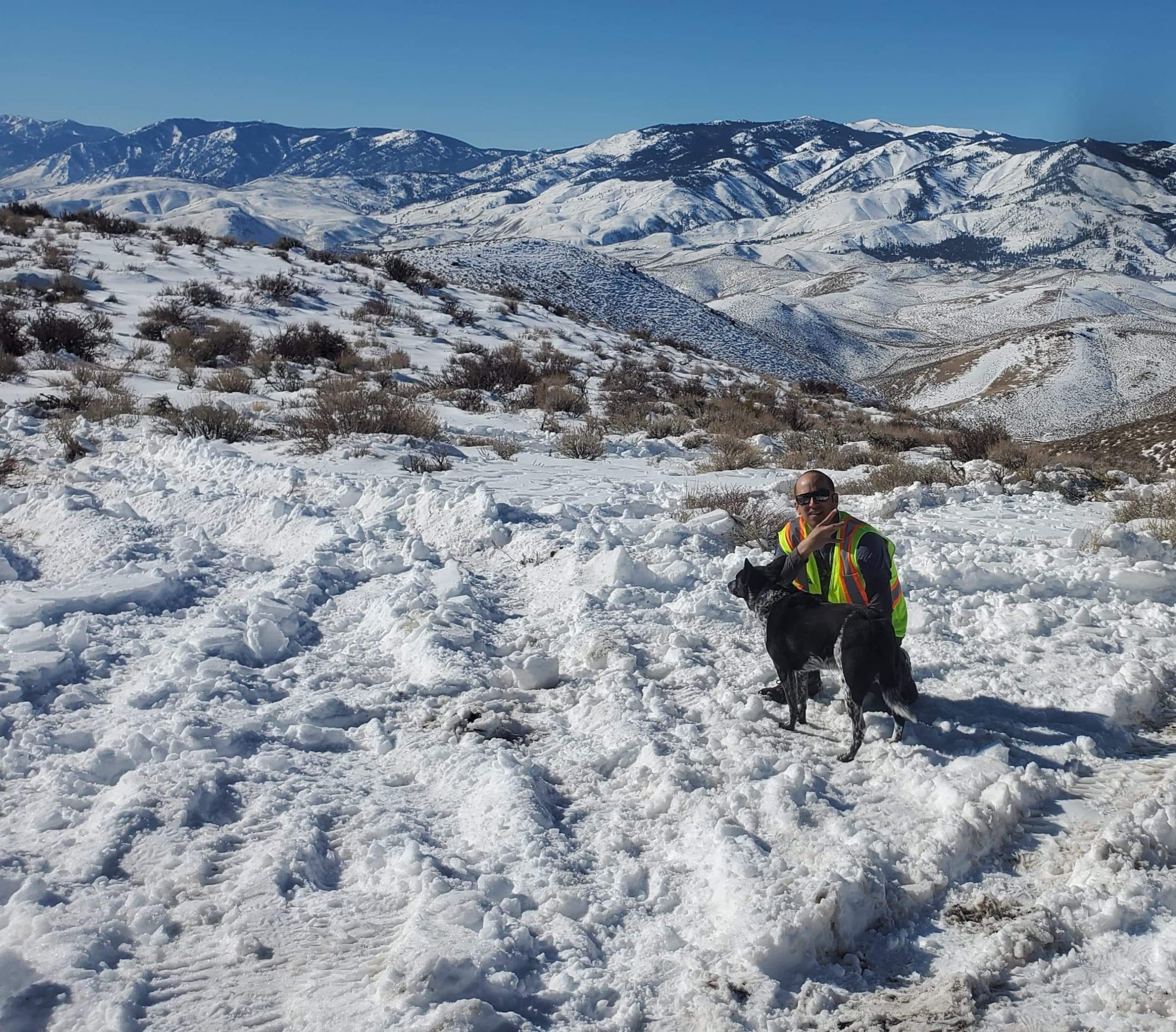